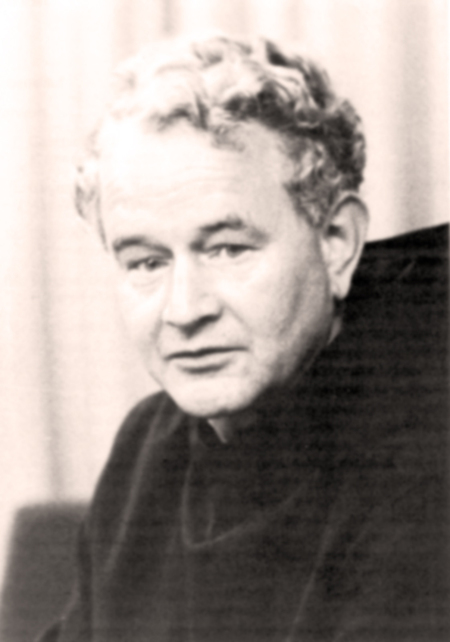 Laurentius Klein OSB This time it is Laurentius Klein OSB, former Abbot of St. Matthias in Trier, who reads the signs of the times, interprets and implements. He too was sent to Mount Zion to assess the situation and gather an impression as to whether and how life in Dormition could go forward.

Laurentius Klein perceives how it can go forward, how it must go forward: as a theologian he is thoroughly stamped by the Second Vatican Council. He sees that Mount Zion is an ideal place, geopolitically and religiously, to focus on the Abrahamitic religions and especially the Christian confessions, to seek and carry on Christian ecumenical dialogue and encounters with Judaism and Islam

Founding of the Theological Study Year

During his time as abbot-administrator the Theological Study Year was founded and he is held in honor as its intellectual and spiritual father not only by the almost 1000 students that have taken part in it.
The life and work of the Abbey experience a new start. Since the 1970's Dormition has become a place of exchange and encounter of religions, a place of culture and scientific learning.

The first Abbot chosen by the community

Nikolaus Egender OSB In 1979 our brothers have a new experience: for the first time they are able to elect their own abbot. Abbots Maurus, Leo and Abbot-administrator Laurentius were appointed by the respective authorities of the Church and of the Benedictine Order. Now the monks elect for the first time as their Abbot, Nikolaus Egender OSB from the Monastery of Chevetogne in Belgium and so experience an important act of self-determination for a Benedictine community. For the Benedictine life is understood to a service “under an abbot and a rule” (RB 1,2).