From Spring back to the Winter – from Tabgha back to Jerusalem

The third (and last) great exkursion in this year took us around Jerusalem and Northern Israel on the footsteps of the Crusaders.
We became slowly but steadily experts in architecture of the Crusaders’ time as we visited on monday the two ancient mosques of Ramla, the beautiful St. George’s Church in Lydda with the tomb of Saint George himself, the monastery of Latrun and Emmaus-Nikopolis. On Tuesday we left to the Galilee, starting in the Judean Desert with the beautiful mosaics of the Good Samaritan, continuing to the magnificent fortress of Belvoir near Tiberias and finally to the remains of the mysterious Church of the Anchor high above the Lake of Gennesaret.
After hearing the very tragical story of the Arab village of Bar’am and getting a little lost in the wide hills of the very north of the country, we went on to visit the Cliffs of Rosh HaNiqra near the border to Lebanon. One of the highlights of the whole journey certainly was the walking-tour to the castle of Montfort with its impressive scenery. The next day we visited the Jewish town of Safed / Zefat with its remarkable ancient synagoges, then the Druze sanctuary near Tiberias and finally the famous Horns of Hattin. There, in 1187, the final battle between the Crusaders and Salah ad-Din took place. We commemorated this event with a self-written play on the very battle field, which was actually very funny, but it really brought history to life. On the last day, we had to say goodbye to our beloved monastery in Tabgha and went to Acre, where we visited the Bahai gardens and then the beautiful medieval Old City with its ancient port and citadelle. In the end we were drenched with rain and sea spray, but this was a very worthy ending of a beautiful excursion.

What I personally enjoyed most during this exkursion was the incredible variety of landscapes. We started in the Judean Desert, a desolate countryside except for some Bedouine sherperds. Then, as we went towards the North along the Jordan Valley, the hills slowly became all covered with grass and flowers. The area around the Sea of Galilee looked like a mix between Ireland and some tropical paradise, as it has been raining a lot this winter, the country is bursting with fertility and joy. High up in the north, we found ourselves in an area belonging to the south of the Lebanon, a very open landscape where the hills are grown over with olive trees and other low trees and bushes, with rosemary and thyme, scattered Arab villages and desolated churches. In the medieval Acre, the storm coming from the Mediterranean almost knocked us over, the rain came down in sheets, and on our way southwards the coast presented itself as a small and fertile strip sandwiched between the Sea and the very close-by hills. And then: back home in Jerusalem, amidst the Judean Desert. This morning, after a stormy and rainy night with showers of sleet, there was on some spots even a little snow, but a couple of hours later, it was difficult to believe it had been there, as the sun had already made it all disappear...

Just because I have not been making regular Blog posts does not mean that our corner of the Sea of Galilee is quiet. The winter months are the slow season for the Meeting Place, but the volunteers take the opportunity to become very busy with “General Cleaning.” Over these few weeks, we take apart windows, stoves, sinks and beds to scrub every inch of Tabgha. For someone who has trouble remembering to clean his own room, I can think of only one reason we were all able to remain cheerful and motivated throughout the process: we are all very excited about the groups coming back. Having worked with and been visited by so many wonderful groups throughout the Summer and Fall, we all knew how important this place is to them, and looking forward to seeing some of them again definitely made the hard cleaning much easier. There were also several other projects that we worked on throughout the months, including a complete makeover of the Dalmanutha area in front of the Sea, and (of course) making sure the lights are all working!
In these quieter months, many of the volunteers have taken the opportunity to go traveling. One of the top destinations for us is of course taking the opportunity to visit the organizations that so often visit us. We were able to spend two days driving throughout Palestine with Majida as she visited the families, volunteers, clinics and schools that she works with. The experience of seeing where our guests come from, and also seeing the people who help support them the entire year round, was an incredibly valuable and special experience for us. Equally valuable was another recent trip, this time not to an old friend and guest, but to a new school just beginning to look into the possibility of spending some time with us in Tabgha! We really hope that the opportunity will work for them, so that they will be able to appreciate this wonderful place, and we will be able to make some new friends.

With the beginning of the Studienjahr's second term in Jerusalem, I'm very happy to get started on the English blog, finally.

The first term had already been a very intense time, I must say, and it was concluded in a similar way by the celebration of Christmas. Actually, some of the students and I celebrated the birth of Our Lord twice - once according to the "normal" calendar, on the 25th of December, and once according to the orthodox churches' calendar, in the night from 6th to 7th January. Those among my readers who are familiar with the Dormition Abbey know that their liturgy is certainly one of the most beautiful in the world. But for sure I'm not exaggerating in saying that the beauty and dignity of the Christmas Mass really made me feel like if Heaven had come down to earth for a few hours.
The same procedure as every year, the monks' walk to Bethlehem, was prevented this year by heavy showers which did not seem willing to come to an end in that night. While the monks, some students and guests took the car, a group of students was venturous enough to walk. We arrived in Bethlehem totally soaked through, but it was worth it! To be on the very place of the birth of Jesus, in the very holy night of Christmas - this was a touching experience, in spite of the wetness and the cold.

Two weeks later, on the 6th of January, again there was a group of students starting their walk from Dormition Abbey to Bethlehem. This night was, in every sense, the very opposite of the Christmas night in December, not only because it was not raining (thanks God). The place in front of the Church of the Nativity was crowded with people, all of them trying madly to get inside the Church, but being prevented from it by quite a number of policemen. When they finally let us pass and enter the Church, we faced a completely different kind of atmosphere than in December, where there had been hardly any pilgrims. Now the basilica was crammed with people, and you surely did not feel like inside a church at all. It is difficult to describe it. People were walking, standing, sitting on the floor, talking, sleeping, waiting, trying to catch a glimpse of what was going on near the iconostasis, the lanterns hanging from the ceiling were scintillating all through the church, and there was a continuous low chant filling the air.
The variety of pilgrims was incredible, just like the fact that there were actually three different liturgies celebrated at the same time. The main one was the Greek orthodox, followed by Arabs, Russians, Greeks, Ethiopians and some more Europeans. On the left hand of the iconostasis, the Syrian orthodox had their own liturgy, and even more on the left side there was the Coptic orthodox Church. I joined the latter for the liturgy, even though it was all in Arabic and Coptic, but it really was a great experience to hear these three groups singing against each other and yet somehow together, to see the clergy's rich and beautiful vestments, to observe the various liturgical processions, to smell this mixture of incense, candles, humans and sleepiness.
It was surely not what you would call a devout atmosphere favourable to silent prayer, but yet it was a most intense spitirual experience with all these overwhelming sensations and this incredible joy on the faithfuls' faces caused by the miracle of the Birth we'd been celebrating that night. It was unique, really, and I'm very grateful that I could witness this great example of oriental and orthodox piety! 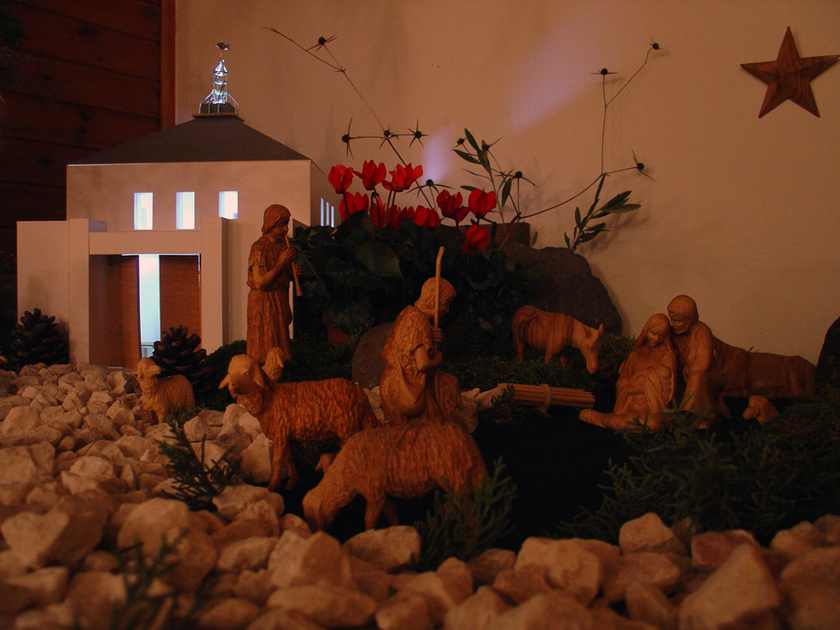 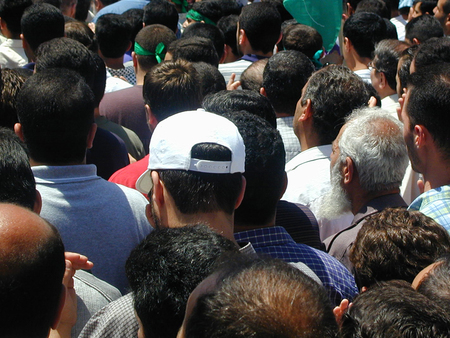 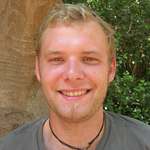 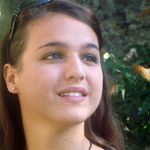 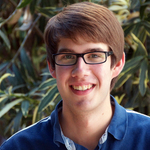 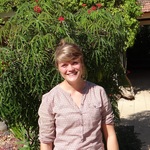 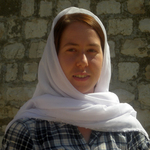 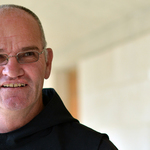 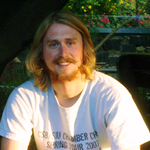 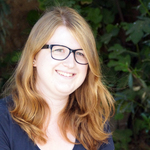 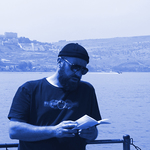 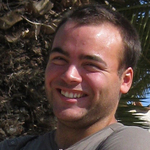 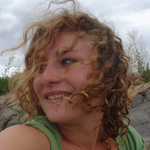 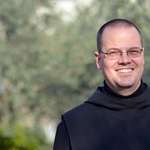 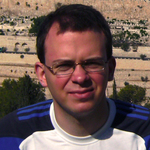 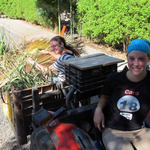 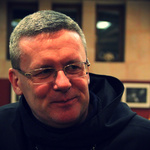